Legendary hard rock titans, Brand New Sin, played two SOLD OUT shows in their hometown, Syracuse, NY. The reunion shows marked the first time the band has played together in close to a decade!

The Syracuse natives kicked things off on Friday, May 3, with a VIP Party intended for the band’s most dedicated fans. They limited the show to only 50 tickets. It sold out in mere minutes. If you weren’t lucky enough to snag a ticket, you missed out one hell of a show. The atmosphere was laid back. Fans were treated to pizza and beers. They had an opportunity to hang out and chat with the band and to purchase merch before the larger show on Saturday.

The band played a 6 song warm up set consisting of such favorites as “Broken Soul,” “Did You,” “See The Sun,” “Days Are Numbered,” Dead Man Walking,” “My World” and “Black and Blue.” Between songs, front man Joe Altier told the crowd stories. He recounted his audition for the band, some hilarious tales of life on the road and how one fan named Dean remains one of their biggest supporters to this day. After their set, the band hung around, signed autographs, took pictures and seemed to genuinely enjoy talking with everyone. It was a special treat and rare opportunity to be a part of such an intimate engagement. I consider myself fortunate to have been in attendance.

For those who couldn’t attend the pre-show on Friday night, Saturday was definitely your night! Who can dispute how loyal and dedicated Brand New Sins fans are? The Saturday show sold out in a matter of minutes as well. Fans from as far as Texas and Colorado came out to welcome the mighty Brand New Sin back to the stage at the Lost Horizon.

As diehard fans filed into the Lost Horizon, local upcoming and very talented musician, Puddle (Ariel Wiechmann), kicked off the evening. At first, I wasn’t sure what to expect from this rising musician, but her work is in fact smart, quirky, and impressive! Whether she is playing a ukulele or just being herself, she is one to keep an eye on. Especially with creative and well written songs like “Peppermint Tea” and “Trip to the Moon.” My suggestion, take a moment and give her a listen, you won’t be disappointed! 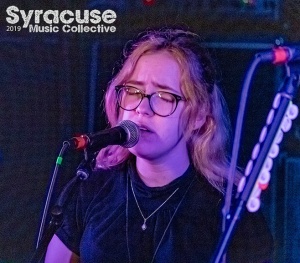 Finally, the moment 600+ crazy fans had been waiting for, the return of Brand New Sin. The intro cued, and you could hear a slight buzz as guitars were plugged in. The energy in the crowd was growing as the anticipation built. The band took the stage and ripped right into “Broken Soul.” The crowd went completely crazy. This was a long-awaited moment as Brand New Sin hasn’t played a show together in almost a decade.

Brand New Sin played an amazing double set with a selection of songs covering all their releases. Highlights from the first set included hard hitting, face melting songs like “The Oath, “Days Are Numbered,” Dead Man Walking,” and “Motormeth.” Lead singer, Joe Altier took time to thank fans for always being there for the band through the good and bad times. He stated that he was blown away by how loyal their fans are.

It was incredible to see how precise and tight the band was after such a lengthy hiatus. The crisp sounds of the three guitarists, Kris Wiechmann, Brian “Slider” Azzoto and Kenny Dunham were flawless. Bassist Chuck Kahl was on point with fills and proved he could back up the three guitarists with no issues. Drummer Mike Rafferty provided the constant backbeat for the band. Joe’s vocals were melodic and smooth as always. The band took a moment to step off stage and rest before returning for the second set. Highlights from the set two included, “SPP,” “Black & Blue,” and “Wyoming.”

After an intense 2.5 plus hour set the band came back out for two encore songs before ending an incredible night of music. Before leaving the stage, they announced to the crowd that “This is only the beginning of some new things coming our way.” If you missed this show, there has been one more date announced. Brand New Sin will be playing at the New York State Fair in August! But until then, you can go to the band’s Facebook page and purchase the live stream of the Saturday show.  One thing that still amazes me is how loyal Brand New Sin fans are and with a triumphant SOLD OUT reunion show in their hometown, I’m looking forward to seeing what they have in store for us in the future. Please check out my pictures from the VIP and SOLD OUT show below. Thank you. 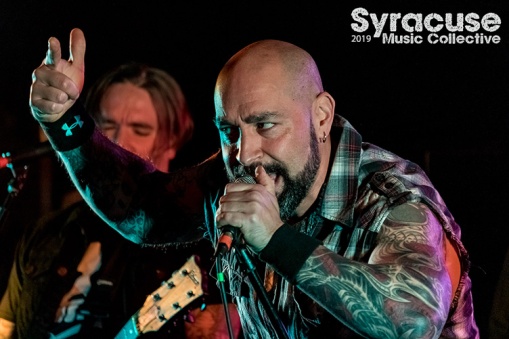 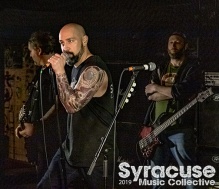 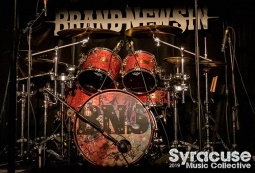 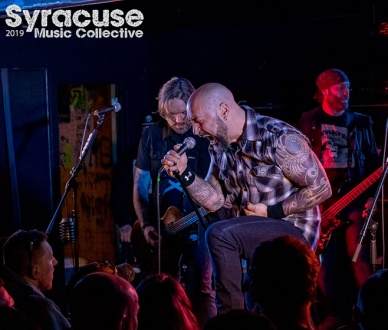 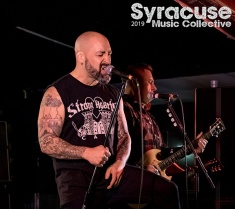 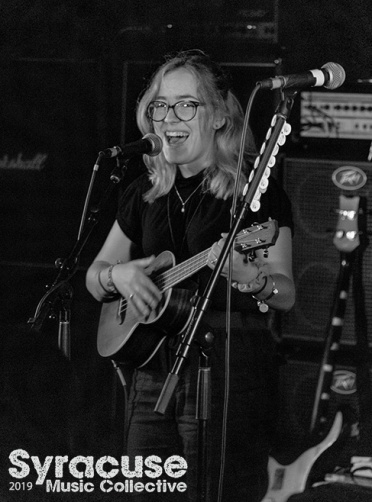 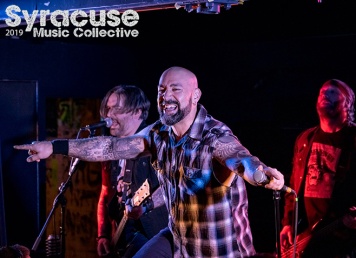 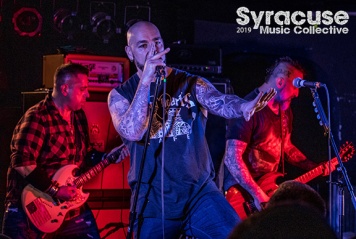 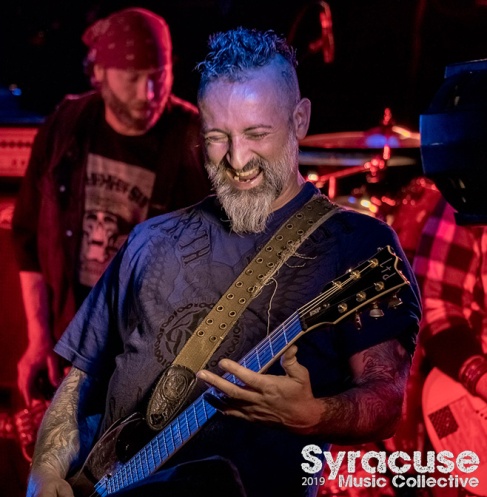 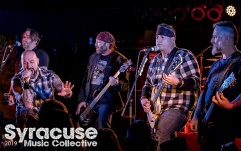 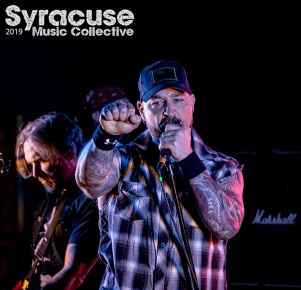 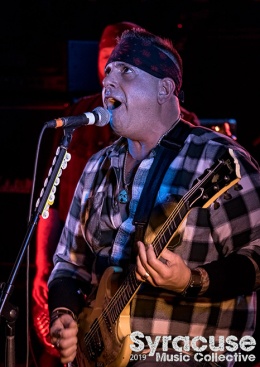 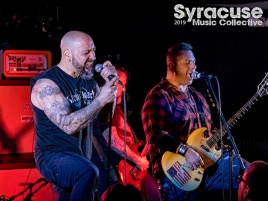 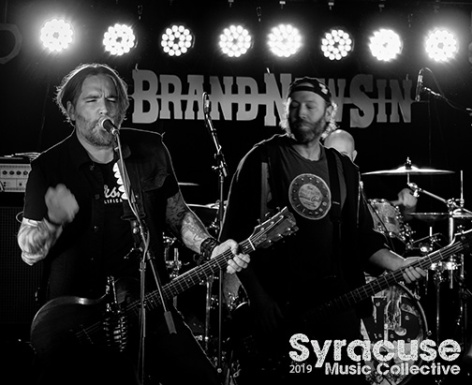 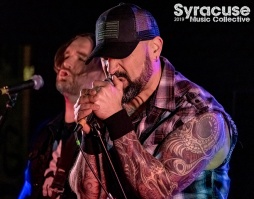 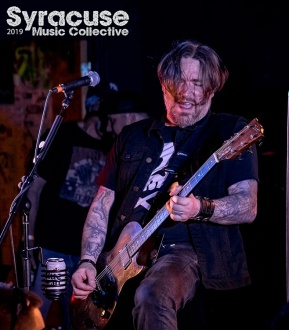 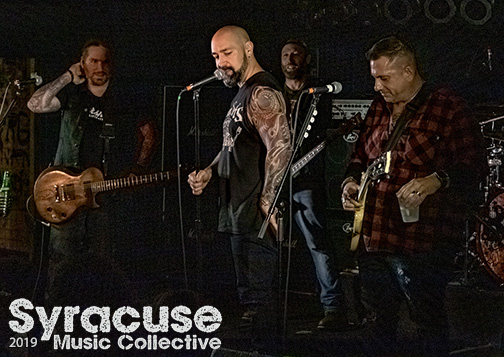