It’s October in Syracuse, temperatures are getting cooler, leaves are starting to change colors. It’s fall, and things are beginning to get spooky around here. To make things even creepier and to get the Halloween season kicked into high gear, the legendary horror hip hop duo Twisted brought their Fright Fest 2018 Tour to the Lost Horizon this past Sunday. The demented duo brought an impressive lineup of friends with them featuring Alla Xul Elu (A.X.E.), Underground Avengeners, MMMFD and Lana Blac. There was also plenty of local talent on hand.

One thing is for certain, there is not a lack of local talent here in Syracuse and they definitely helped get the fest kicked off and the crowd primed for the main acts! Artist Lana Blac, MMMFD, Underground Avengers (featuring Bukshot, Boondox, and CLAAS) and Alla Xul Elu knocked it out of the park getting the fans amped up and excited! One group that caught my attention and impressed me was the 5-piece called Alla Xul Ele (A.X.E.). It’s hard to describe this group. They are distinguished by very intricate and terrifying masks and the precision in which they deliver their songs. Did I mention they’re a 5-piece? Very impressed and I am looking forward to seeing them again! 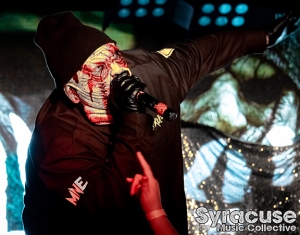 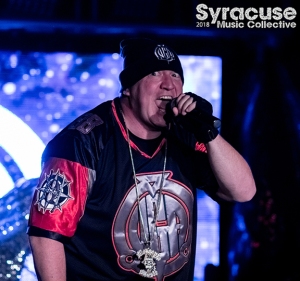 After a brief set change, it was time for the sinister and evil duo everyone was waiting for, Twiztid! I really love how Twiztid changes things up every time I see them. The stage set up is always a treat. This production started with a completely dark stage with a screen in the background flickering an orange pumpkin that horror fans instantly recognize from Halloween III. The iconic song from the film is playing on repeat over the amps, “Happy Happy Halloween, Silver Shamrock. It’s time. It’s time for the giveaway.” A fitting intro for the main act. The crowd starts to get rowdy as drummer Drayven Davidson starts pounding the skins. Two familiar serial killers stalk out onto the stage, Michael Myers and Jason Vorhees. The crowd goes nuts as Madrox and Monoxide rip right into “Die Motherfucker Die!”

I love the way Twiztid incorporates live music into their songs and bring the music to a new level each tour. They played a fantastic Halloween themed set. Highlights included, “1st Day Out,” “Kill Somebody,” “Boogieman,” and “Murder, Murder, Murder.” 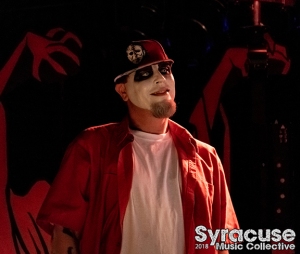 The show was an incredible production from the moment the intro played to the very powerful encore track “LDLHA-IBCSYWA  –  Love Doesn’t Live Here Anymore, It’s Been Cold Since You Went Away.” Like true masters, Twiztid leaves their fans chanting for more. If you get a chance to catch this tour, you won’t be disappointed. Thank you and enjoy the pics from the show! 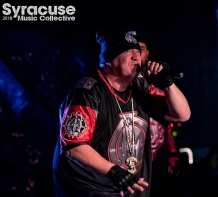 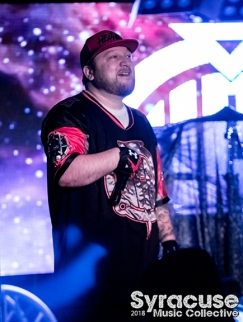 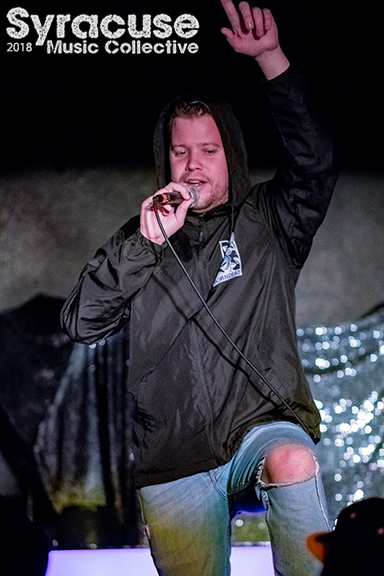 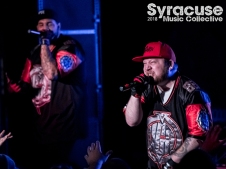 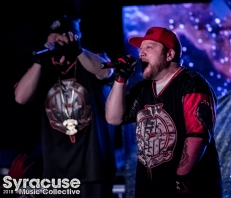 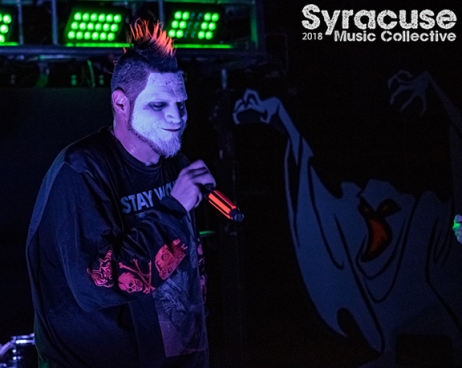 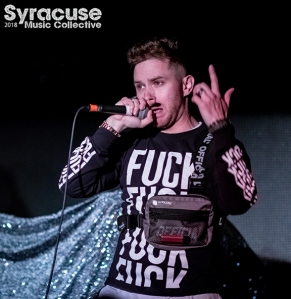 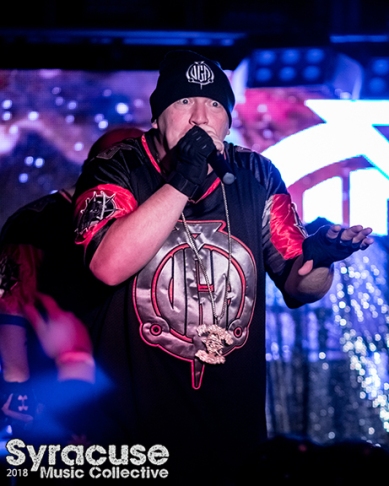 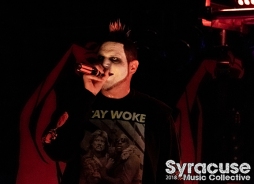 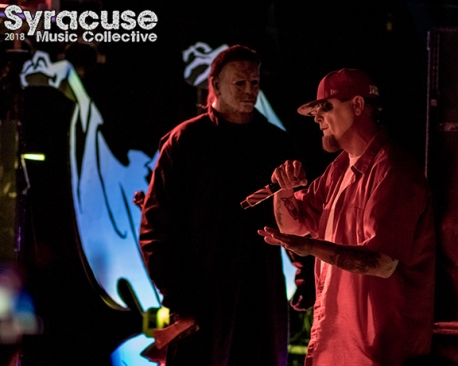 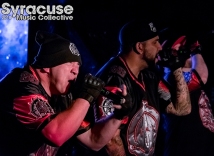 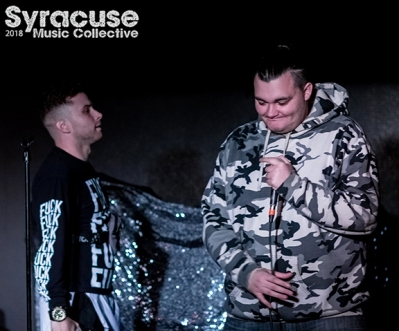 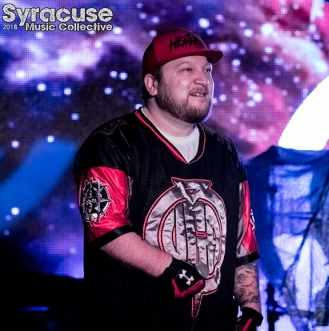 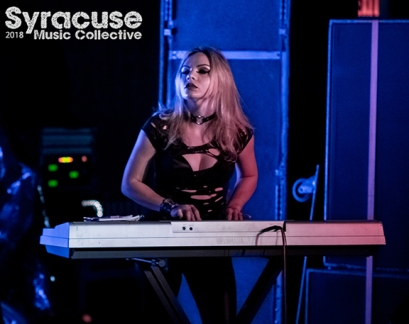 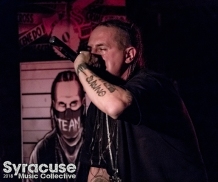 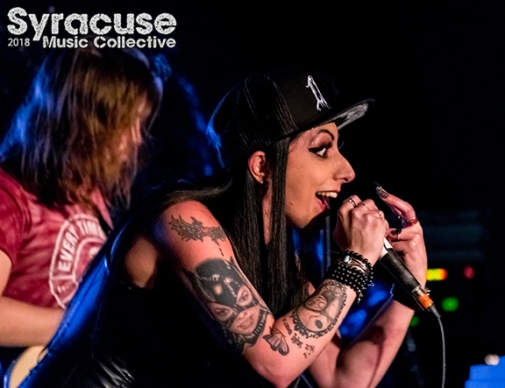 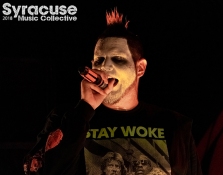 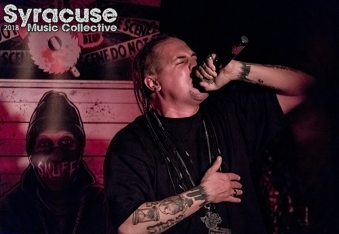 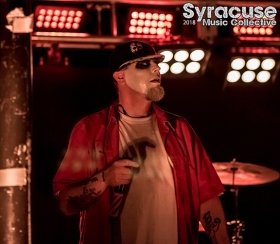 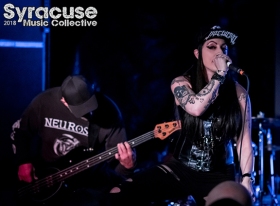 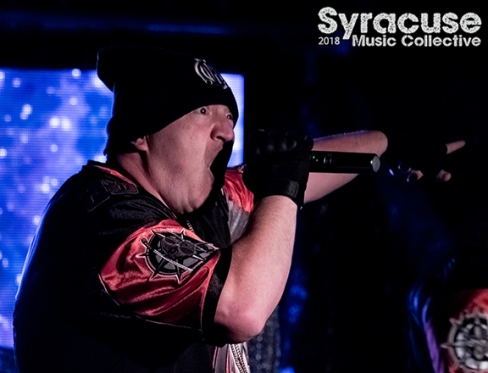 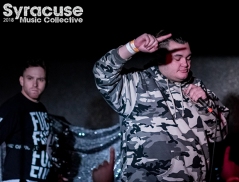