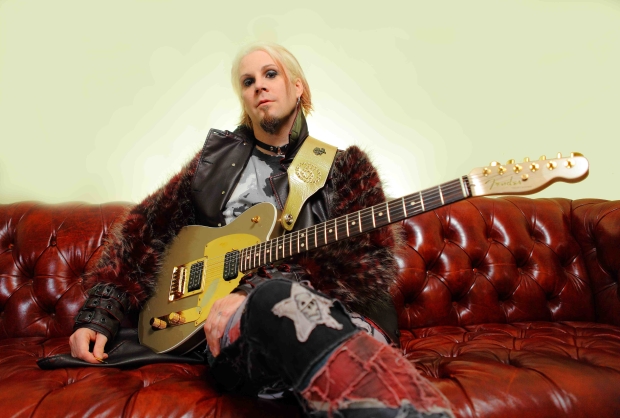 John 5 & The Creatures’ live performances have been revered by both metal and rock fans. They describe it as a mind blowing experience that showcases John’s musical abilities, highlighting his eclectic mix of playing styles.  John 5 and The Creatures will be returning  to Syracuse’s famed Lost Horizon on February 14, 2018.

Tickets for the Syracuse show can be purchased here.

JOHN 5 and The Creatures will begin the first leg of an extensive tour of the United States next Thursday, February 1, and will pick back up in late March for a second leg. Tickets are available now via individual venues, and VIP packages are available exclusively via www.john-5.com/store. See below for a full listing of dates.

Many songs that will be heard on tour and on It’s Alive! can be found in their original form via the latest JOHN 5 and The Creatures studio album, Season Of The Witch. The album can be ordered via iTunes, Amazon and John-5.com, or streamed via Spotify. Season Of The Witch showcases experimentation with various genres – including western swing, Spanish flamenco, heavy metal and more – thoroughly showcasing JOHN 5’s diverse virtuosic abilities.

JOHN 5 has worked with a varied range of artists, performing as guitarist for some of the biggest headlining rock bands in the world such as Rob Zombie and Marilyn Manson, as well as playing session with Paul Stanley, Rod Stewart, Lynyrd Skynyrd and more. Slash has called JOHN 5, “one of the most mind-blowing guitarists around” and Rob Zombie has dubbed him “a fucking shredder”. JOHN 5 has released seven solo albums to date, as well as a remix album, and has written music for the likes of Avril Lavigne, Garbage, Ricky Martin and others. Season Of The Witch follows his previous solo work, Careful With That Axe, which debuted on the Billboard Heatseekers chart upon release in 2014.

JOHN 5 and The Creatures is: