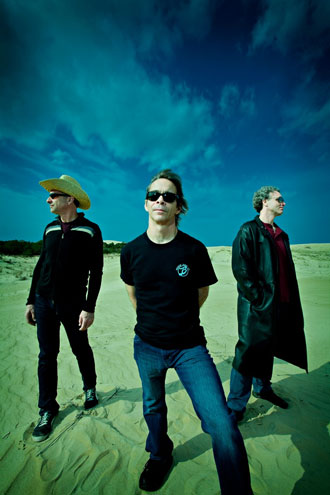 Here is a brief interview with the Tim Reynolds Trio (TR3) I did back in 2013 after their show at the DubLand Underground in Rochester, NY. This was when I was helping Tom Carpenter with his website Tom Around The World.

Hope you enjoy this little throwback!

On Wednesday October 23, the DubLand Underground in Rochester NY was treated to the return of Tim Reynolds and TR3, who were wrapping up their October tour dates. The next leg of their tour begins in January.
The classic lineup included Tim Reynolds (guitar and vocals), Dan Martier (drums) and Mick Vaughn (Bass and vocals) Openers Dan and 9 and local Rochester house band, The Big Push, started the evening off with a nice mix of originals and a few cover songs, as well as some nice mellow groove jams to get the intimate crowd of about 60 into the feel for what lay ahead. For those who have not heard Dan and 9, or The Big Push, go look them up. You won’t be disappointed.
TR3 opened their set with a futuristic intro, donning their custom made illuminated space goggles, to set the tone of the evening that lay ahead. Their sound was huge and thunderous in the intimate setting of the venue, which was well received by both fans and newcomers, such as myself.
Some of the highlights of the evening included “Indoctrinate,” a song portraying how the media is a weapon which causes mass destruction, and the band’s renditions of classic hard rock songs like Led Zeppelin’s ”Kashmir” and “Whole Lotta Love,” and the classic by Golden Earring “Radar Love” which, may I say, with Mick Vaughn on vocals, is a thunderous and wild ride!
In my opinion, Tim Reynolds and TR3 put on one hell of a show, and the intimate venue made it truly remarkable.
If you were not able to make it out this show, not to worry… Tim Reynolds and TR3 will be back on tour in January, and releasing a new CD, slated for release in February 2014, with another tour to follow.
See you at the shows!