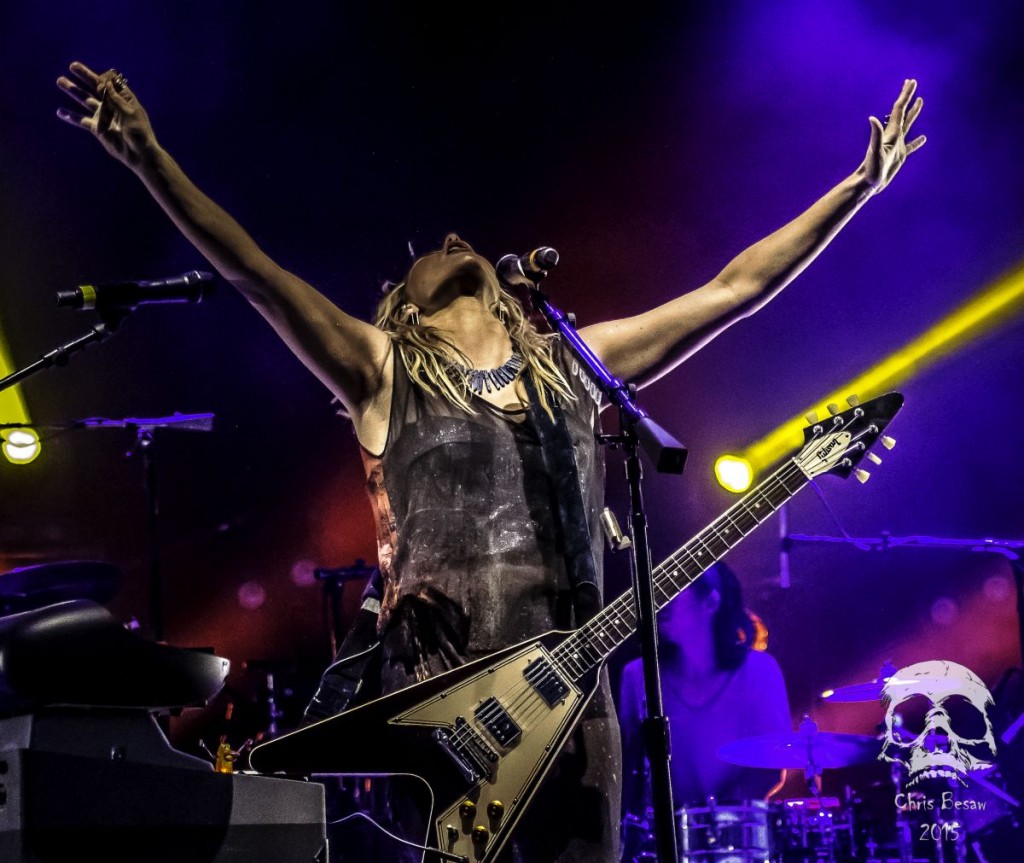 Canandaigua, NY- After the very first verse of the very first song, there is no doubt that Grace Potter is the real deal. I have seen some female fronted bands where the incredibly pretty woman is scantily clad, she barely sings, she strums the same open note on her guitar over and over again and struts around the stage much to the delight of the men in the audience. Take that pathetic image and reverse it completely and you have Grace Potter. Potter is beautiful in a tasteful, sultry way, when she opens up her lungs, it’s similar to a pipe organ filling a church with flawlessly designed acoustics, she absolutely rocks her Gibson Flying V guitar and she dances in her heels or barefoot in a delightful free spirited way that evokes the crowd to join her. Did I mention she has the best rock n roll howl in the business? 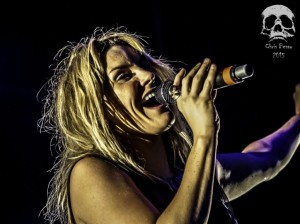 I enjoyed every minute of the two hour set that Potter and her current back-up band performed Sunday night at the Constellation Brands-Marvin Sands Performing Arts Center (CMAC). Potter took the stage to a roar of applause despite a rather light crowd. The amazing thing about Potter is the amount of time she spends singing with no break. She ripped right through a sixteen song set list with little reprieve. When she wasn’t singing her heart out, she was wailing on her guitar, hammering away on the piano, shaking her tambourine or shaking her booty. She was working hard up on the stage but managed to make it look effortless. 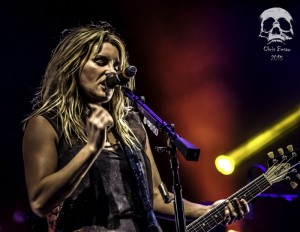 Potter and company played a variety of genres of music from what sounded like modern country, a bit of blues, love ballads and good old rock and roll. I am convinced that with Potter’s range and vocal ability that she can pull off just about anything. She showcased her vocals in “Timekeeper,” “Stars” and “Delirious” a cut off of her upcoming release Midnight. My favorite song of the evening was “Loneliest Soul” off The Lion The Beast The Beat. With its unusual riffs and almost whiney beats combined with Potters melancholy, symphonic voice, it created almost a spiritual effect. It gave me goosebumps. 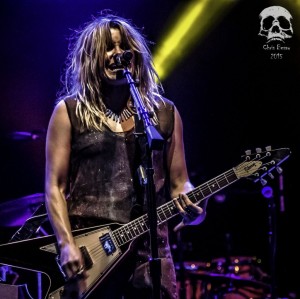 Other highlights of the evening included fast paced “Medicine” “Hot Summer Night” and a moving version of “Nothing But the Water.” Grace Potter is known for throwing in a hodge podge of cover songs in her live performances. She has run the gamut from Rod Stewart’s “Da Ya Think I’m Sexy,” to Johnny Cash’s “God’s Gonna Cut You Down.” The crowd at CMAC was graced with Potter’s version of The Rolling Stone’s “Gimme Shelter” that was sure to make Mick Jagger proud. Potter ended the evening with fan favorite “Paris (Ooh La La).”

I don’t often make recommendations when it comes to music, but if you have not listened to Grace Potter, please take a moment to go check out some of her live stuff. There’s plenty on YouTube. I was blown away by everything about her. Also, don’t forget she has her new solo album titled Midnight being released at midnight on August 14, 2015.